Crossover SUVs have expanded to take over huge parts of the used and new car markets. While many large auto manufacturers are paring back their product lines and even ditching their four-door sedans altogether, crossovers have moved in to fill the gaps. It isn't hard to see why, since top-rated crossover SUVs bring more cargo space, fuel efficiency and a greater overall fuel range than the small cars and midsize sedans they are increasingly replacing in the marketplace.

While the term “crossover SUV” is still used to describe a class of vehicles, in 2022 it is less and less relevant. The first large SUVs were built on a truck frame in a “body-on-frame” manner. They rode, handled, and consumed fuel like a truck, with excellent towing and hauling capacities and optional four-wheel drive and low range gearing. The term “crossover SUV” was used to differentiate a new style of SUV that was built on a unibody frame and rides more like a small car or sedan.

Today, virtually all small and midsize SUVs are built in this way and are commonly referred to as just SUVs. There are, however, still several large SUVs that are body-on-frame, such as the Chevrolet Suburban, GMC Yukon, and Ford Expedition. For the purpose of this article, we will focus on SUVs built on a unibody frame.

We took a look at what's currently available in the market and ranked these versatile vehicles according to the specs you need to know. To determine the best crossover vehicles, we looked at each model's 2022 or 2021 offering for interior comfort, fuel efficiency and handling features such as all-wheel drive. Using the most reliable data from the EPA and trade publications like Car and Driver, we looked into cargo space, passenger space and other family-friendly features, and we put them all together in a list of the best crossover SUVs you can find today. 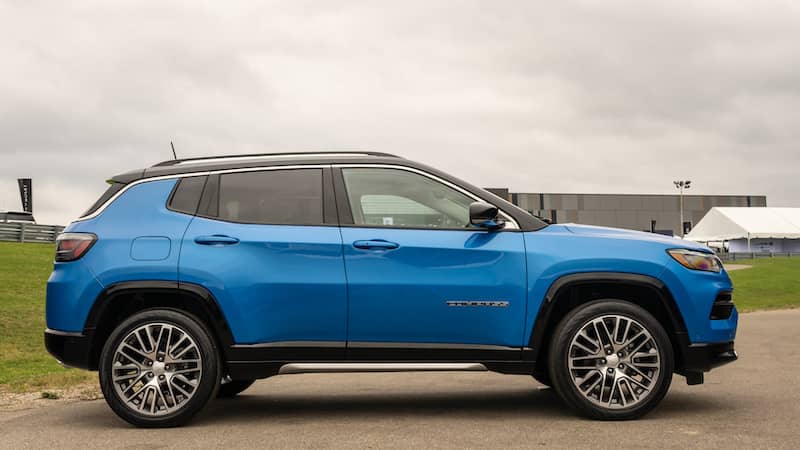 The Jeep Compass has the signature, rugged Jeep exterior styling that matches its all-wheel off-road performance to a tee. Falling between Jeep’s full-size Cherokee and more compact Renegade SUVs, the Compass is in roughly the same weight class as the Toyota RAV4 and the Honda CX-5, both of which are excellent for size and efficiency. A recent update has given the Compass a very modern interior – a welcome upgrade from the sparser pre-2019 models. A suite of optional interior and exterior features bring this rugged crossover up to the range of some compact luxury SUVs.

The inline-4 engine Jeep made standard in the Compass lacks power and pickup, but stacks up to competition in terms of fuel economy, managing 31mpg during highway driving. 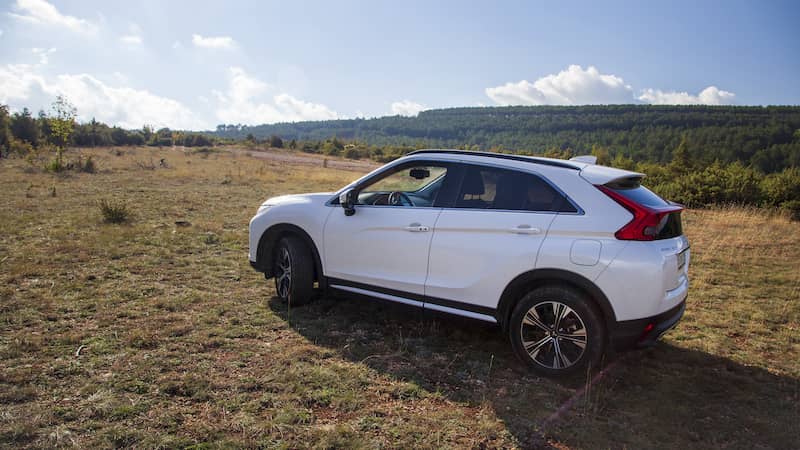 The all-curves exterior design of the Mitsubishi Eclipse Cross crafts a very sleek, modern look that is at odds with its relatively underpowered 1.5-liter standard engine. In recent years Mitsubishi has addressed this problem by introducing a turbocharger. This helps in the stretch, but the usual turbo lag keeps acceleration numbers in the category of average. The broader appeal of the Eclipse Cross, however, is an exquisitely designed chassis and suspension system that create one of the smoothest rides you can find in any SUV.

Inside the cabin, a driver and five passengers have up to 95 cubic feet to stretch out in, and there's plenty of cargo space to spare. Comfort amenities are slight, but present. A sophisticated touchscreen nav system helps when moving through unfamiliar cities, and the optional sound upgrades make long drives more enjoyable. The latest editions of the venerable Jeep Cherokee line are currently setting the standard to beat for off-road towing and all-around affordable horsepower. The 2022 lineup comes standard with a hefty, turbocharged four-cylinder engine that rams torque through the drivetrain even in suburban parking lots. An optional upgrade to the V-6 engine package raises the towing capacity to 4,500 pounds on a chassis that's reinforced to take on rough and unpaved terrain.

Off-road hauling isn't the only reason to drive a newer Cherokee. The aerodynamic exterior body styling makes the vehicle look like it's perfectly at home in your driveway, the office parking lot or against the backdrop of a mountain range in a national park. The interior lacks features that can be found in more luxurious (and expensive) SUVs, but there are no must-have amenities missing in this mid-priced crossover SUV.

If there's one thing General Motors has been trying to prove to its customers over the last 40 years, it's that the company understands interior passenger and cargo volume. With the brand's midrange crossover SUV, the GMC Terrain, GMC has proven it again. The Terrain's five passengers share more than 103 cubic feet of interior space, and there's another 95 cubic feet of cargo volume for groceries or luggage. In comparison to other SUVs in this class, such as the Terrain’s GM cousin Chevy Equinox, Terrain gets high marks for quality interior finishes and a highly intuitive touchscreen interface.

Get a great offer on your car, instantly.
Get Offer 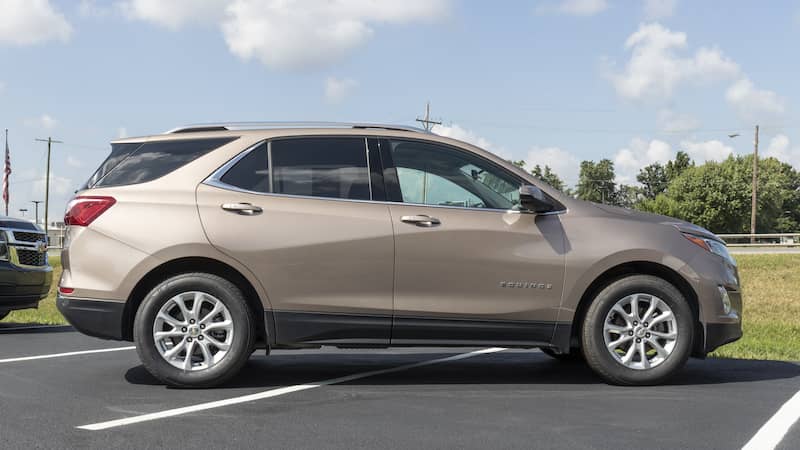 The roomy Chevrolet Equinox occupies a budget-friendly spot in the same general niche as its GMC cousin, the Terrain. Like the Terrain, it's got a lot of room for maximum passenger comfort, along with a less blocky, more streamlined exterior profile. It also comes with a lower MSRP due to more pedestrian interior finishes.

Where the Equinox surprises drivers is in the peppy, turbocharged 1.5-liter engine that comes standard at all trim levels. You can bump that up to a V-6 if you don't mind the hits to the price and fuel economy, but the base model does well enough hauling cargo and people around on its front-wheel drive system in typical pavement driving. Consider the optional all-wheel-drive package if you expect to encounter slick road conditions, such as ice and snow. 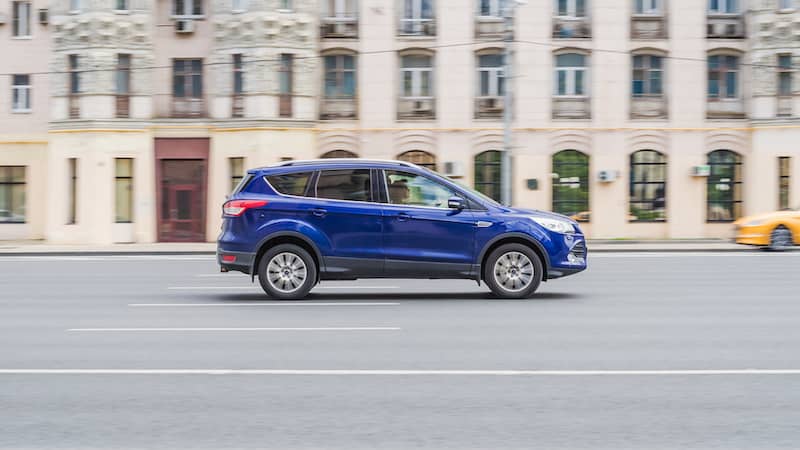 The Ford Escape is a compact crossover SUV that's in an odd competition with a rival model from its own manufacturer. The 2022 model lineup pitches the Escape in the almost-identical market niche as the Bronco Sport. The Escape makes this list while the Bronco doesn't, however, in part because of its excellent suite of safety features and wide-open options for power trains.

Unlike the Bronco, the Escape is available in hybrid and plug-in hybrid models, although more horsepower-minded drivers can still opt for a three- or four-cylinder gasoline engine that's been upgraded for 2022. There's lots of room inside the Escape, although the amenities are sparse and the tech is more oriented toward collision avoidance than a high-end sound system. You can pack some luxury into the Escape's interior at higher trim levels. 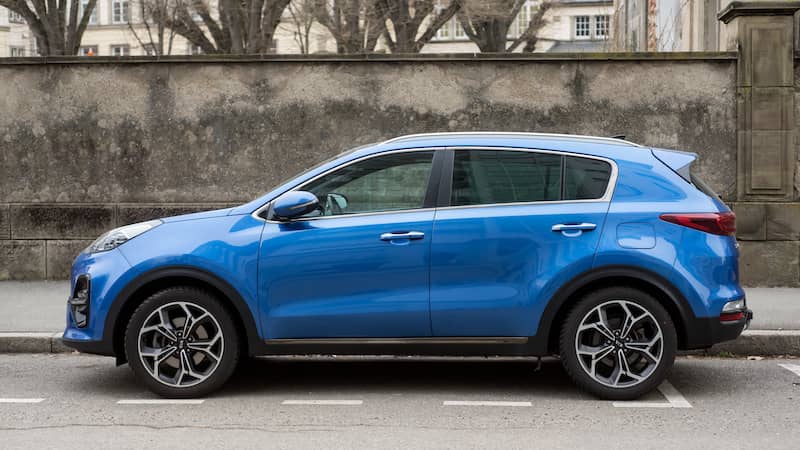 The venerable Kia Sportage was one of the pioneers of the crossover SUV market niche back in the day, and it still offers a modern-looking exterior that's right at home in the showroom with newer Mazda and Toyota rivals. The interior of the Sportage lacks cargo space in comparison to other crossovers, opting instead for a roomier and more comfortable passenger cabin.

The standard four-cylinder engine is adequate for day-to-day operation, even if it doesn't dazzle with quick acceleration or tight moves on the freeway. For better horsepower look for a later-model Sportage that has the optional turbocharged engine. 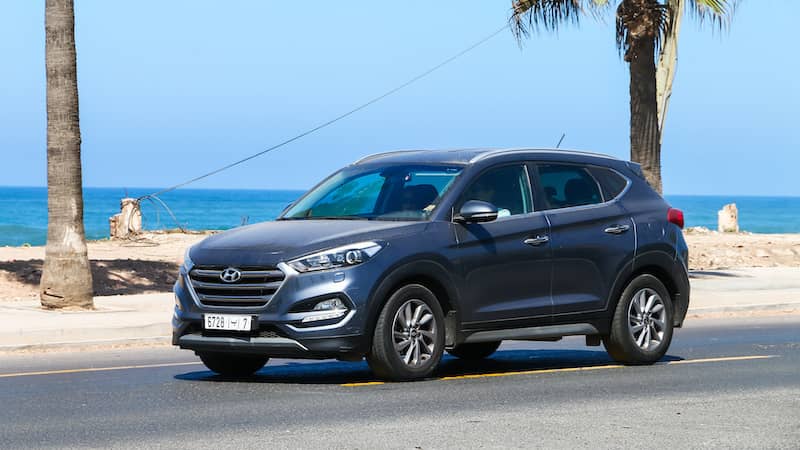 The Hyundai Tucson is very similar to the Kia Sportage, but with more elevated interior seating and infotainment options as well as a ride quality that scores well with reviewers. An impressive grouping of top tech and safety options are available in every option package. The roomy cabin has space galore for kids and pets, without sacrificing any cargo space.

While similarly equipped as some of the more celebrated vehicles in the highly competitive small SUV class, the Tucson can cost thousands of dollars less. A common detraction is sub-par engine performance in either the standard or upgraded package. Front-wheel drive is standard, with all-wheel drive available in premium packages. 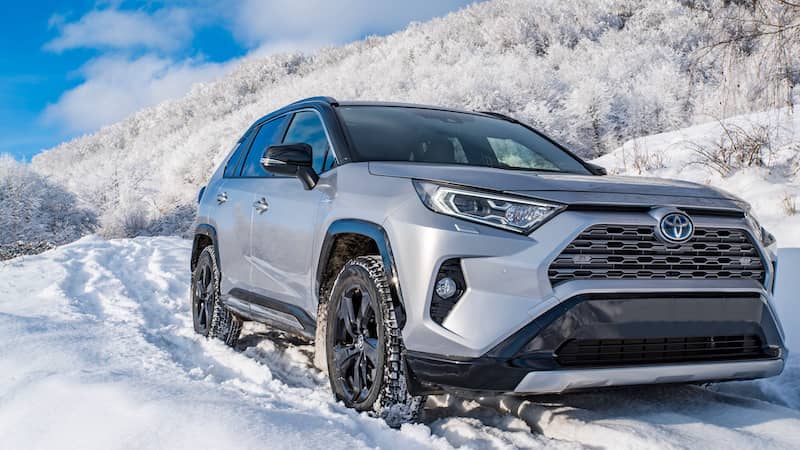 The RAV4 continues Toyota's tradition of finding the sweet spot between power, performance and luxury. It puts the latest comfort and driver-assist features into the cabin even for entry-level trims. Eminently practical, the RAV4 comes standard with a 2.5-liter four-cylinder engine and eight-speed automatic transmission. You can bump up to a four-wheel drive system if you hope to take the RAV4 off-road.

The RAV4 comes with a standard suite of driver assist features, such as adaptive cruise control, lane assist and pre-collision warning, along with eight airbags. The higher trim levels feature plenty of luxury options, such as dual-zone climate control, heated and cooled seats, and an 11-speaker JBL boost audio system. The RAV4 also rates highly for fuel-efficiency, and it all adds up to one of the more expensive vehicles in the crowded small SUV class. 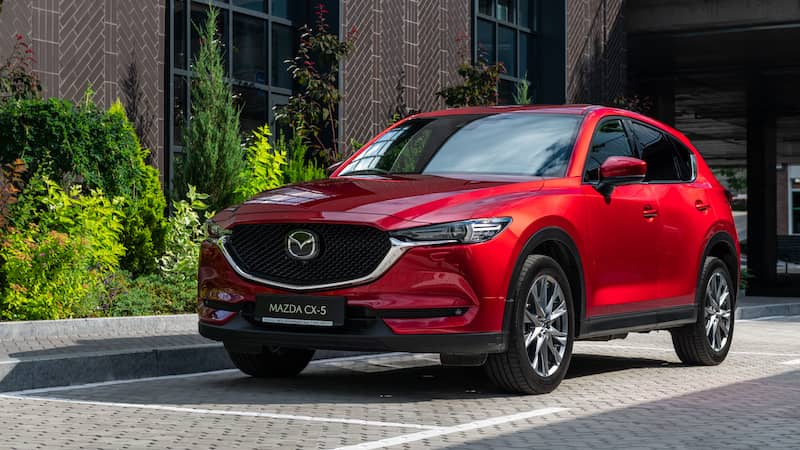 The Mazda CX-5 gets the top spot on this list because of its excellent specs in almost every category that matters for a crossover SUV. It gets a competitive 31 mpg on the highway from a base four-cylinder engine, and even the upgraded turbo edition still manages 25 mpg in the city. The interior is light on cargo room, but it seamlessly weaves together comfort features that wouldn't be out of place in a newer Porsche Macan. This makes it even more of a surprise to find the entry-level CX-5 being offered at a very affordable price point.

The model comes standard with an above-average 187-horsepower, four-cylinder engine that delivers a throttle response that feels much more powerful than it is. A turbocharged 250-hp package is also available on higher trim packages. The tight suspension and good weight balance give the Mazda a ride quality that's competitive with anything in its class, including some very high-end luxury crossover SUVs. All in all, the CX-5 strikes a very positive balance between comfort, performance and price.

The Bottom Line: It's A Golden Age For Crossover SUVs

It is an exciting time to be a crossover SUV fan, with more choices now than ever. Crossover SUVs are growing in popularity with families and young adults, largely because of their optimum performance, economy and space for both passengers and cargo.

All-wheel drive is another major advantage of the class. Unlike older four-wheel-drive systems, AWD crossover SUVs use their onboard computers to distribute torque independently to the axles in response to road conditions.

Whether you're shopping for a specific crossover SUV, the best crossover vehicles, or you've just discovered this increasingly popular style that's storming the market, have a look at what's available in the Rocket Auto inventory.

Get a great offer on your car, instantly.
Get Offer

Get a great offer on your car, instantly.

What car you drive has the biggest impact on how much money you can save at the pump. Here's a list of the best gas mileage cars.

There are so many options when looking to buy a used car, but some hold up better than others. Here are the best used cars you can find in the market.

How To Buy A Car Online: What To Know Before You Shop

Buying a car online is easier than you think. Find out everything you need to know to purchase a car from the comfort of your living room.