What Is A Hybrid Car?

Hybrid vehicles have taken the car market by storm over the last 25 years, and several models could make a great next car for you. Hybrid cars make up a range of vehicle body types that have at least one gas and one electric motor.

Even though the first hybrid car was invented by Ferdinand Porsche in 1899, they didn't really take off until 100 years later, with the introduction of the Toyota Prius. Today, these fuel-efficient vehicles come in a variety of models that are built to save you money on ever-increasing gas prices.

A very basic hybrid vehicle uses a gasoline-powered combustion engine coupled with an electric motor that recharges using regenerative braking. This energy system relies on the gas engine to drive the car at high power levels with an extra push from the electric motor, allowing for a smaller engine and bigger fuel savings. Many hybrids have a fully electric mode, only available at low speeds, that runs entirely on electric power.

Regenerative braking systems capture the heat from the combustion engine that’s lost as you brake and convert it into electricity to charge the high-voltage battery that powers the electric motor. Beyond a highly efficient method of reusing energy that is otherwise wasted, regenerative braking also extends the life of the brake pads by reducing the wear and tear of high heat.

It’s easy to understand why hybrid models are so sought-after. Hybrid means gas savings and overall better fuel economy made possible by a smaller internal combustion engine, which makes the vehicle lighter and more efficient overall.

A History Of The Hybrid Engine Evolution

The first hybrid cars used a Porsche-designed gasoline engine that charged up an electric motor attached to the front wheels of a lightweight, open-top carriage. In 1899, the System Lohner-Porsche Mixte hit the road with 300 units, which were all made by hand at a colossal expense in Porsche's facility. In 1904, when Henry Ford mechanized car construction in his assembly line plant, the much more budget-friendly Model Ts pushed expensive European boutique cars off the road.

Hybrid drive systems practically vanished by the start of WWI, and weren't used in a roadworthy vehicle for the next 50 years. In the 1960s, however, the U.S. Congress passed anti-pollution laws that allocated funds to research cars with electric motors. The effort was met with very little success until the early ’70s, when a sudden surge in gas prices caused by the oil embargo drove interest in the concept of fuel economy.

The Painstaking Research Behind Hybrid Batteries Early efforts to develop gas-friendly engines hit a lot of hurdles for a lack of efficient, cheap batteries. By the ’90s, General Motors and Toyota had a few experimental designs for all-electric cars, such as the EV1 and RAV4 EV, but their success was as limited as their performance, and they remained novelties.

Much of the work GM and Toyota did to make their electric cars economical was focused on making batteries lighter and more powerful. After a solid decade of research, they got a few good ideas off the drawing board and under the hood of some early commercially viable hybrid cars. In 1997, Toyota tried out the first Prius in the Japanese market, and a star was born. 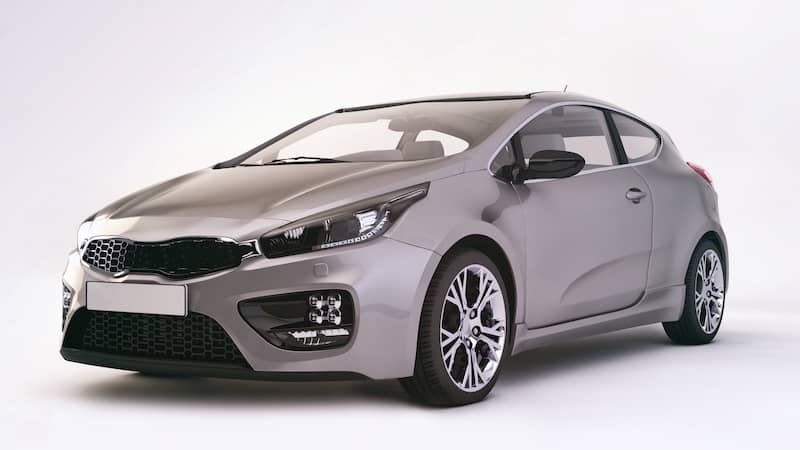 Honda actually beat Toyota to the hybrid market in the United States with the 1999 release of its Insight HEV, but the car had an unwelcome body design that had haunted earlier electric vehicles in the U.S. market. The fuel economy was subject to litigation after an optimistic EPA estimate of 70 mpg was debunked. The Insight was built very light, had only two seats and cost $21,164, nearly double the entry-level price of a new Chevy Cavalier. Sales were sluggish. Even with the tax rebates offered for buying a hybrid, American customers were less than impressed.

In 2000, Toyota brought the Prius to the United States and had an instant hit on its hands. Although it didn't have the same advertised efficiency of the Insight, it did have a row of backseats, making it a more family-friendly ride for the middle of the U.S. market. The wild success of the Prius, which was definitely aided by the same tax incentives that drove Insight sales, launched a new era for extra fuel-efficient vehicles in the United States. The hybrid car had arrived.

In the years since the Prius arrived on the U.S. market, a number of new engine designs have developed. No fewer than five hybrid engine types are currently available from major automakers, and each one has unique perks.

All have gasoline and electric motors that work together as one system, but they do so in somewhat different ways. The major distinction between these offerings is in how they manage their power.

The series hybrid engine brings the best of electric vehicles aided by its own generator along wherever it goes. In a series design, the electric motor is connected to the drivetrain and provides all the torque. A small and very efficient gasoline engine is also installed in the vehicle, which can switch on to recharge the battery as needed. The two motors are said to run in series, but in practice, only the electric motor drives the car.

For distances over 50 miles, the gas engine usually runs continuously to keep the larger-than-average onboard battery charged up and performing at a high level. There's a variant of the BMW i3 that runs as a series hybrid, and the Chevy Volt nearly does too, except that the Volt has an emergency linkage that allows the gas engine drive the car at speeds above 70 mph. 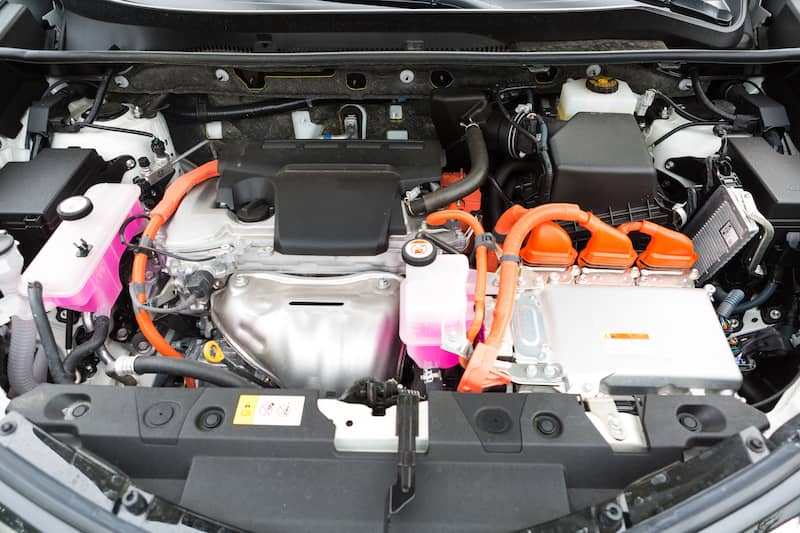 Parallel hybrids have both motors connected to the transmission, so they can run in either all-gasoline or all-electric modes, as well as running both motors in tandem. The onboard computer continuously allocates energy distribution through the drivetrain to keep the car close to its optimum performance level throughout a trip.

This lends itself ideal for longer trips, which is why most of the current crop of hybrid cars are parallel designs. All the most popular Toyota hybrids run this way, as do the Honda Insight, Chevy Malibu and Ford Escape Hybrid.

Mild hybrids are the least expensive cars in the hybrid family since they're the closest in design to traditional internal combustion systems. Mild hybrids have a standard gas-powered drivetrain, as well as a small electric motor to give the bigger gas engine a push as needed.

The idea is to build a lighter, less gas-hungry conventional engine, and use the electric motor to enhance its performance as needed. 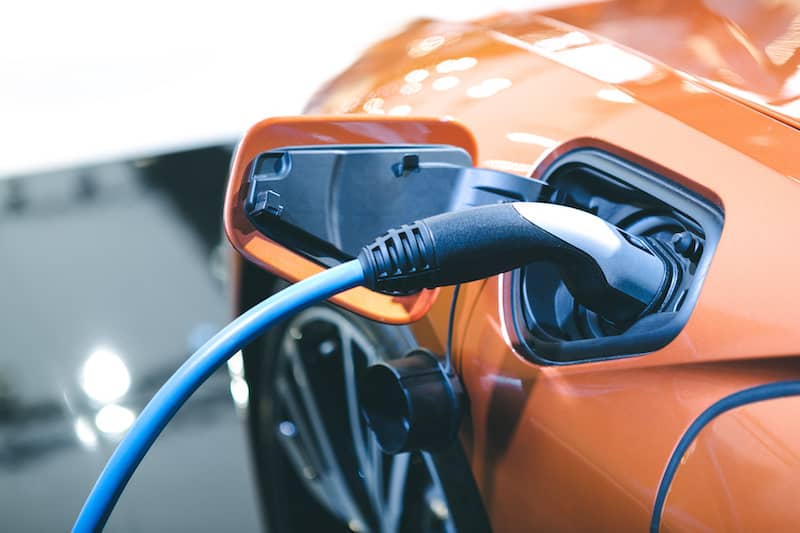 Most hybrid cars do not need to be charged, but plug-in hybrids can use electricity straight from a standard household outlet to top off. These are mostly series hybrids with an electric motor delivering the main power and a gasoline generator to charge them up on the road. There's also a tempting $7,500 tax rebate if you buy one of these cars.

For drivers who stick to the city and rarely go more than 30 miles without parking for the night, it's possible to run a plug-in hybrid without any gasoline at all. That said, in order to maintain their operating efficiency, you should plug in these types of hybrids overnight. Otherwise, you risk increasing wear on the engine parts.

The Pros Of Hybrid Vehicles

Hybrid cars definitely have a lot going for them, which explains their popularity. Even the mid-priced hybrids on the market are winning lifelong fans and encouraging a gradual shift in the car market toward more efficient designs. Here are some of the reasons why:

The Cons Of Hybrid Vehicles

Like everything else, hybrids aren't perfect. If you opt for hybrid as your everyday car, you may not be happy with a few of the common drawbacks of the design. Some of these include:

The Bottom Line: Ask Yourself If A Hybrid Is Right For You

Hybrid cars can be a great choice if you're trying to save gas, save the planet or save a little space in the parking lot. From small and super-efficient compact designs to bigger powerhouse hybrid SUVs, you can find a hybrid in almost every niche in the market.

Technology has come a long way for fuel efficiency, even beyond hybrid engine models. Have a look at our ranking for the best gas mileage cars on the used market today to get an overview of your options for conventional and hybrid cars.

Find your perfect car, truck or SUV from thousands of listings.

How To Buy A Used Car: A Step-By-Step Guide

How To Get A Car Loan With Competitive Rates

Getting approved for a car loan is easier than you think. Learn how you can get the best auto loan for financing a vehicle.

What To Look For When Buying A Used Car

The most satisfied used car drivers are those that make informed decisions. Here's what you should look for when buying a used car.